Steeped in tradition, the U.S. tyre brand General Tire is celebrating its foundation 100 years ago.

With this in mind, the employees enjoy pointing out the impressive test track in the middle of the Texan desert. There, in the rather sleepy small town of Uvalde, the tire brand has had an outstanding test center for over 55 years.

The first tracks were built in 1959. At that time, the main focus was on obtaining information about the mileage performance of passenger car tyres. Tyre developers adapted these tests to the requirements of American consumers. The 14 km long oval circuit was built so that cars could be driven without interruption and, more importantly, so that comparable results could be reproduced. Of course, it was also important for the test drivers to be able to drive at higher speeds than they could on public American roads. As time passed, further test tracks were gradually added, for example a track for commercial vehicle tyres, rubble tracks for 4x4 tyres, and sections similar to the tracks in quarries. 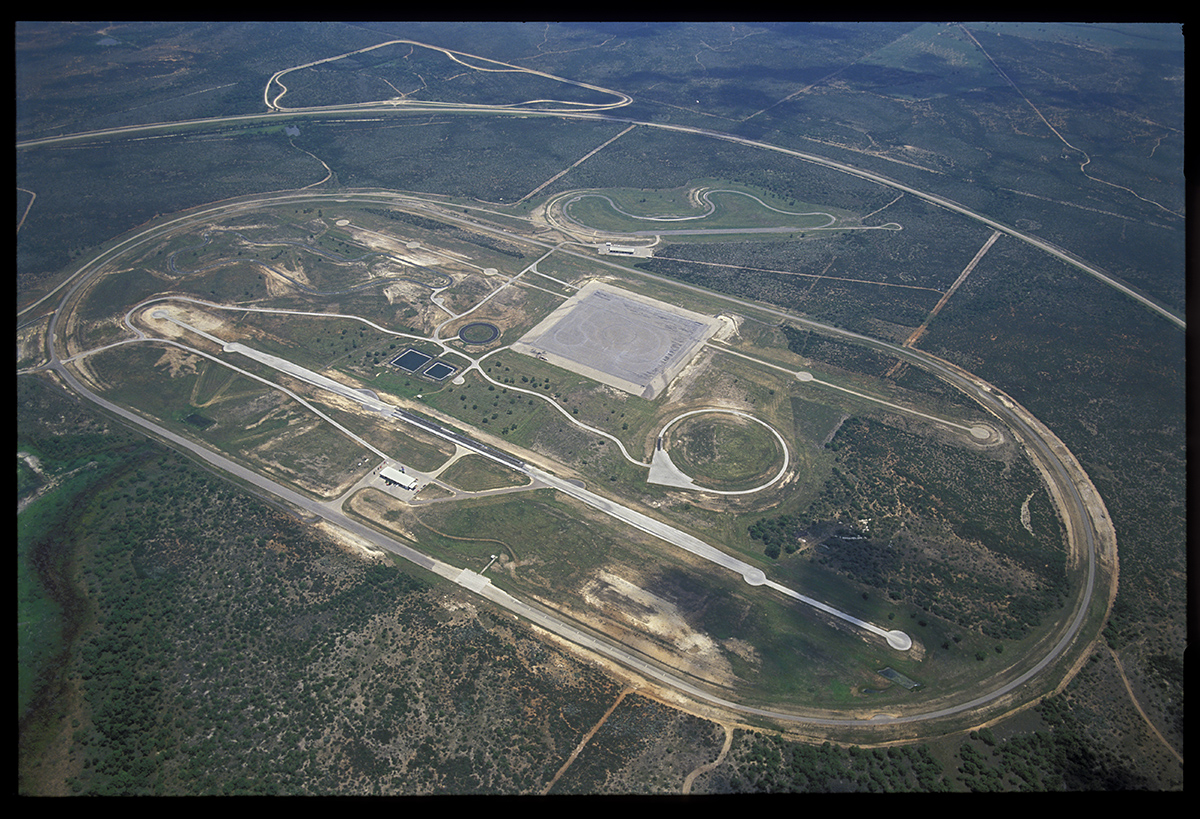 With the change in consumer expectations in the 1980s, further new tracks were constructed in Uvalde. In addition to mileage performance and damage resistance, these were proof of people's increasing interest in safety characteristics. In addition, the American tyre manufacturer underwent a change in ownership. It had belonged to the Continental Corporation since 1987, which, as a European tyre specialist, traditionally focused on different areas of development and production than those in the U.S. While American car drivers and automobile manufacturers value tyre performance and breakdown-resistance on rough road surfaces, European consumers and vehicle manufacturers demand particularly good handling, short braking distances, and the avoidance of aquaplaning. The Uvalde track provided the Hanover-based tyre specialist with an important benefit: Unlike North West Europe, testing could be carried out all year round in comparable conditions, thanks to the warm Texan climate. So it is only natural that aquaplaning pools, handling courses, and wet grip surfaces have been added to the test track since then. 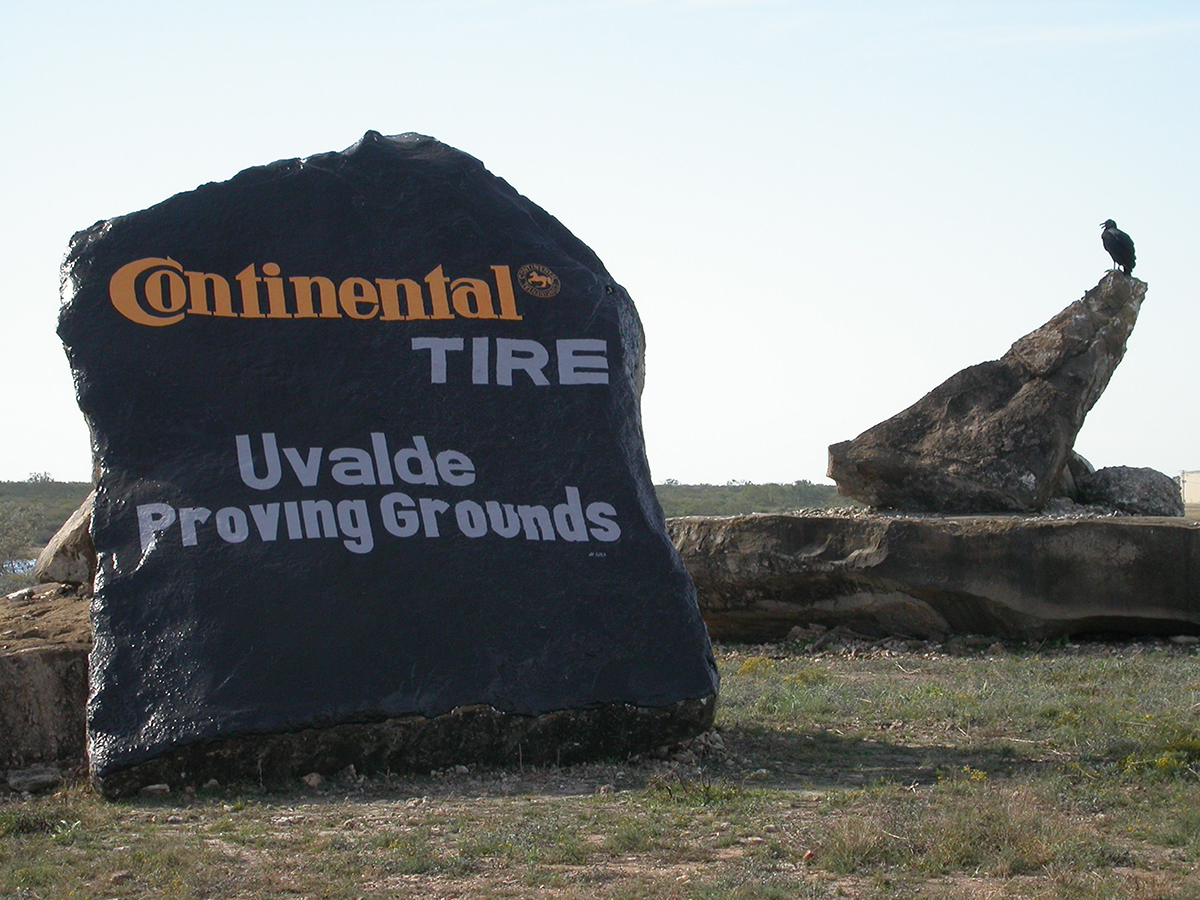 Each year, the test engineers drive countless test kilometers using Continental Corporation products, wearing out around 20,000 tyres in the process – the equivalent of 90,000 hours’ work and around 5 million kilometers in total. The overall use of the site has also changed significantly. As well as traditional tyre testing, many of the corporation’s original equipment customers have since become regular visitors as well. A track has therefore been designed exactly in line with the specifications of GM. Thanks to international motor journalists, some of whom actually travel all the way from Europe, the test track in Texas has even opened up to the public at large in recent years. More and more private visitors and companies are now heading to the small town of Uvalde. After all, the test tracks are the only place where it is possible to drive at higher speeds than in public traffic in the highly speed-controlled U.S.A. – under expert, safety-conscious guidance, naturally enough. Under these conditions, the test track in the prairie will hopefully continue to flourish – and to benefit the drivers who are able to fit their cars with safe tyres that have been tested for all eventualities. 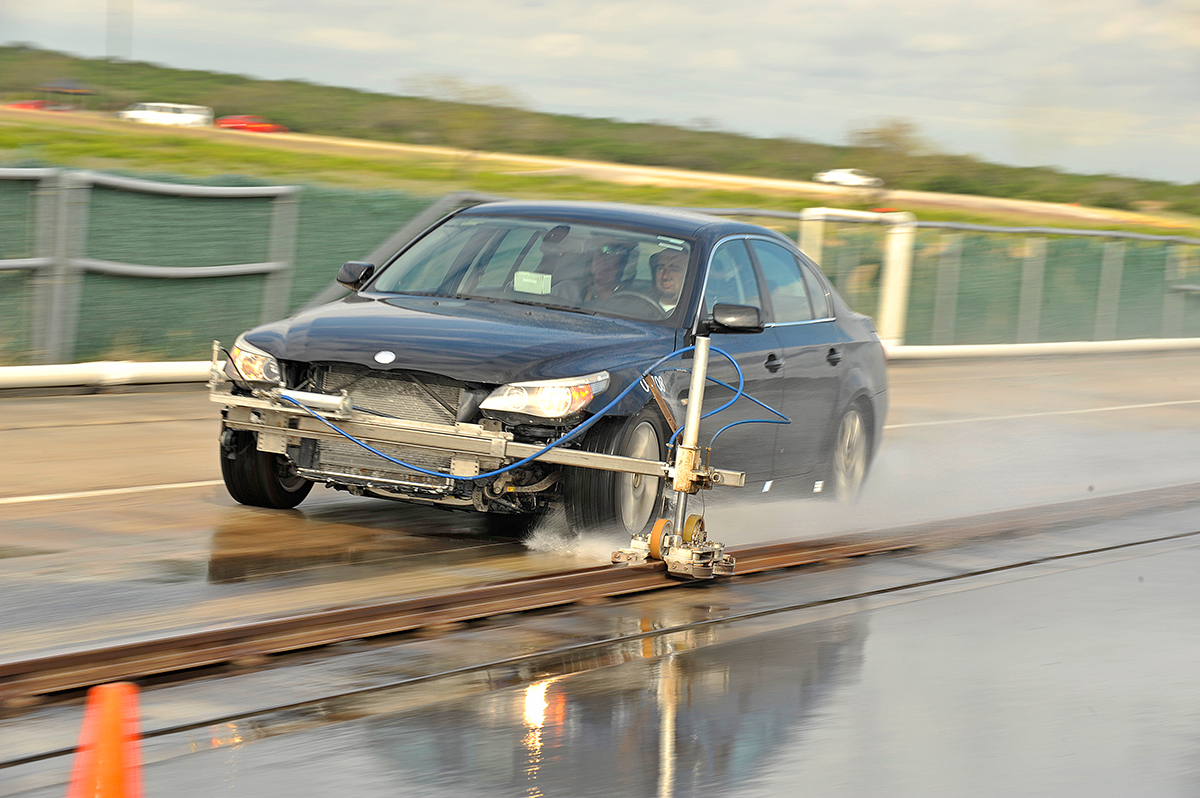 To mark the brand's 100th birthday, General Tire is embarking on a special promotion tour throughout Europe. The company will deliberately travel to places where no-one would expect the American tyre brand to pop up. The tour organizers promise that no track is too strenuous for them and they want to overcome all limits. "It’s an adventure" and "Anywhere is possible" – these are their promises. Ultimately, they want to visit everywhere from Norway's North Cape to Sicily, and from Portugal's coast with the Atlantic to the beach off the Black Sea in Bulgaria, together with their General Tire partners. They thus want to introduce car drivers and tyre dealers to the brand's long tradition with its reliable high-tech tyres, and also draw their attention to the current products on offer.